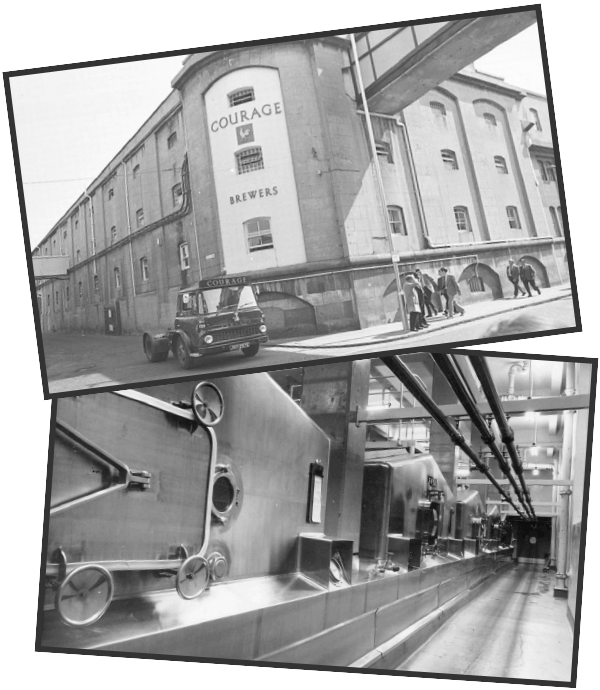 This is a history of the Courage & Co. brewery started by John Courage in 1787, with the COURAGE family history and family trees, together with the histories of other breweries acquired as recorded in John Pudney’s ‘A Draught of Contentment’

Unfortunately John Courage died suddenly in 1793 at the age 36. His wife Harriot took over the running of the business, but died herself just a few years later in 1797. Since the children were still very young Mr. John Donaldson, the managing clerk, took over the running of the business, (see Chapter 2 of Mr G N Hardinge’s book). In 1797 the business was re-named Courage & Donaldson. By 1888, it had been registered simply as ‘Courage’. In 1955, the company merged with Barclay, Perkins & Co Ltd (who were located at the nearby Anchor Brewery) to become Courage, Barclay & Co Ltd. Only five years later, another merger with the Reading based Simonds’ Brewery led to the name changing to Courage, Barclay, Simonds & Co Ltd.

This was simplified to Courage Ltd in October 1970 and the company was taken over by the Imperial Tobacco Group Ltd two years later.

Their vast Worton Grange (now Berkshire) brewery was opened on the Reading/Shinfield border in 1978. The Anchor Brewery closed in 1981 and all brewing was transferred there. Imperial Tobacco was acquired by the Hanson Trust in 1986 and they sold off Courage to Elders IXL who were renamed the Foster’s Brewing Group in 1990.

The following year, the Courage section of Foster’s merged with all the breweries of Grand Metropolitan. Its public houses were owned by a joint-company called Inntrepreneur Estates. Scottish & Newcastle purchased Courage from Foster’s in 1995, creating Scottish Courage as its brewing arm.

As of January 2007 the rights for the production, marketing and sales of the Courage brands have been sold to Wells & Young’s Brewing Company. This will be managed by a joint venture called Courage Brands Ltd. 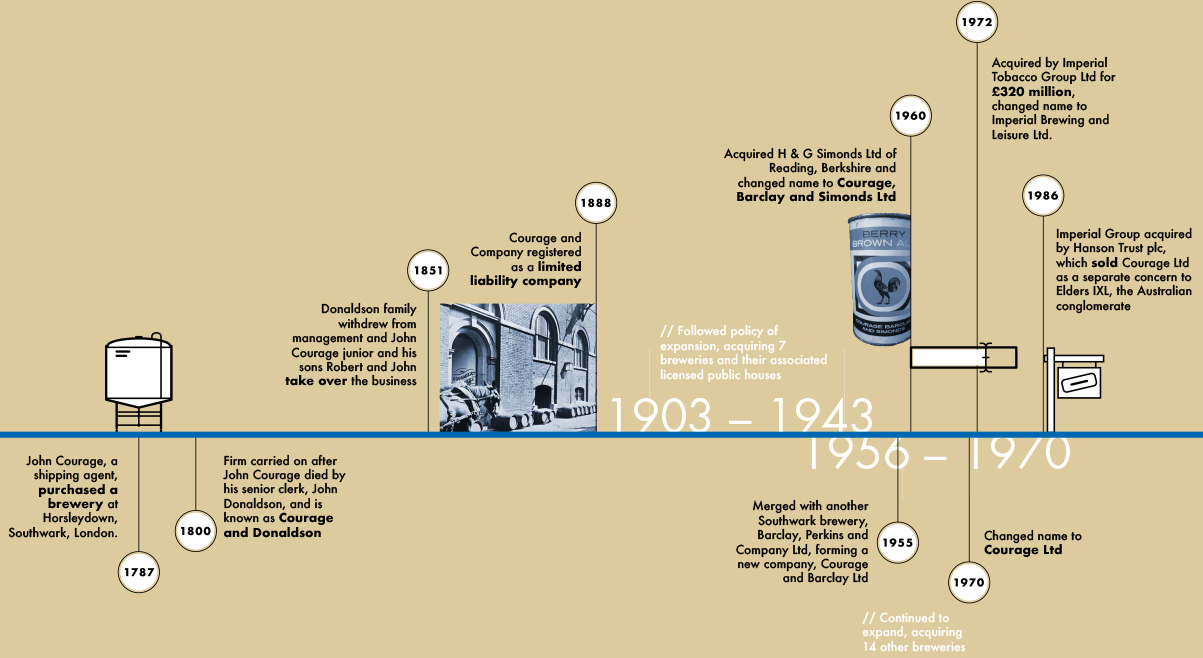 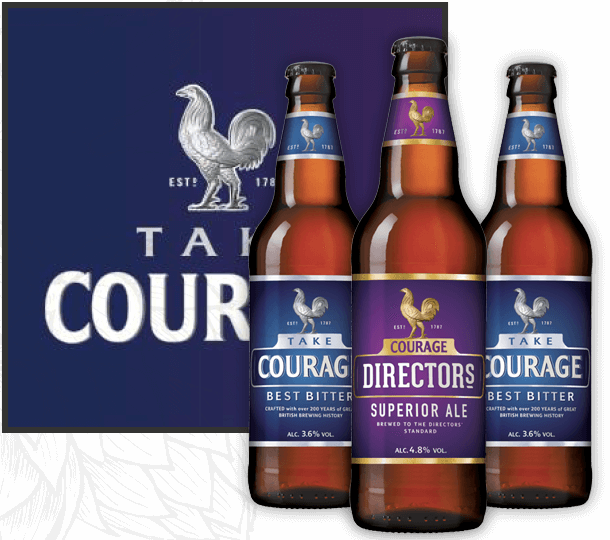 Pour your own pint by purchasing your favoruite beers online. Whether it's for a party, game day or just a friday night, get a delivery you can sit back and relax with.

We use cookies to ensure that we give you the best experience on our website. If you continue to use this site we will assume that you are happy with it.OkPrivacy policy